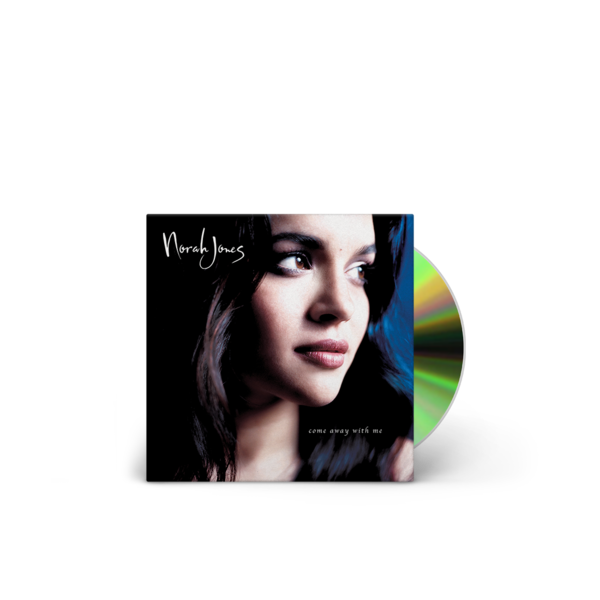 Come Away With Me: CD

In 1999 a 20-year-old Norah Jones came to New York from Texas and was quickly gigging around town with a home-made demo recording in her pocket. In the spring of 2000 she came to the attention of Bruce Lundvall, the head of Blue Note Records. Impressed by her grasp of the standards and her originality, Lundvall offered her a demo deal with the option for the label to extend this to a full album deal. Norah mixed up the record with a focus on originals she and her band had written rounded out with a few jazz standards she loved. The collection of 13 songs, recorded over three days at Sorcerer Sound in Soho was engineered by Jay Newland who had worked on Etta James’ Billie Holiday tribute record ‘Mystery Girl’. The band: the same as that she had been gigging with—Jesse Harris on guitar, Lee Alexander on bass, and Dan Reiser on drums. Adam Rogers and Tony Scherr played guitar on a few additional songs and tabla player Vikram Gosh joined for one cut on the demo. Lundvall signed Norah as a Blue Note artist off the back of the thirteen tracks submitted.

Prior to cutting the album, the best of these demos were released as a limited-edition promotional EP, titled First Sessions. Norah and band started to play fewer and fewer straight jazz gigs turning their focus to original music while mixing in the covers and standards. Cassandra Wilson’s New Moon Daughter had been a favourite album of Norah’s and was a big inspiration for the kind of record she wanted to make so she asked Lundvall if she could work with producer Craig Street. Street agreed and they headed to Allaire Studios in upstate NY. Street brought in Bill Frisell and Kevin Breit on guitars, Brian Blade and Kenny Wollesen on drums, and Rob Burger on accordion and organ. Lee Alexander stayed on the bass, and Husky Höskulds, who had a love for vintage equipment and a knack for capturing a vibe on tape, recorded everything. Most of the songs from the demos were re-recorded as Norah explored where else she could take them while some new originals and a few covers were also tracked.

The label latterly rejected the 19 songs as being too far removed from what had made the demos so special and Lundvall suggested that Norah return to Sorcerer Sound Studios with legendary producer, Arif Mardin, who had worked with Aretha Franklin and Donny Hathaway among others. Mardin and Jones chose the best of the demos and the Craig Street sessions—'Don’t Know Why’ and ‘Turn Me On’ from the demo sessions and ‘The Long Day Is Over,’ ‘Feeling The Same Way,’ and ‘Seven Years’ from the Allaire sessions, all with a few new overdubs and new mixes—and recorded nine additional songs in the same spirit of the demos, with the original trio of Harris, Alexander and Reisler, plus Brian Blade back on drums, Adam Levy on guitar, and Jenny Scheinman on violin.

Ultimately, all three sessions played a unique part in making the record what it ended up being: An eight-time Grammy Award®-winning album that Rolling Stone described as ‘One of the best debut albums of all time,’ that has gone on to sell close to 30 million units to date. ‘In the end I was so thankful that I got to explore a few different paths before putting them all together. No one, including the label, had any idea it would reach the success that it did. I’m forever grateful to Bruce and the very special team at Blue Note for giving me the chance to find my sound through all of it and for never telling me who I had to be. 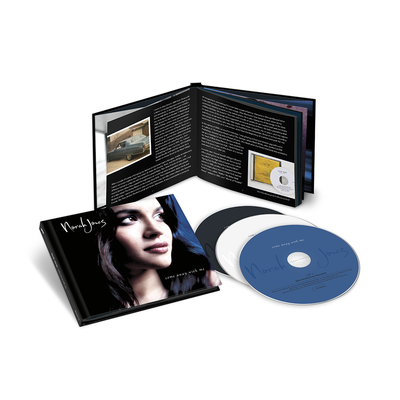 Norah Jones
Come Away With Me: Deluxe 3CD
Triple CD Album
US$33.99
In Stock 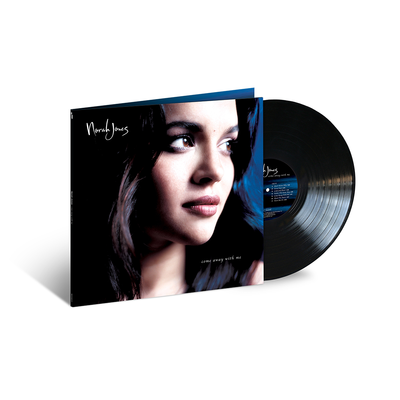 Norah Jones
Come Away With Me Vinyl
Vinyl LP
US$28.99
In Stock