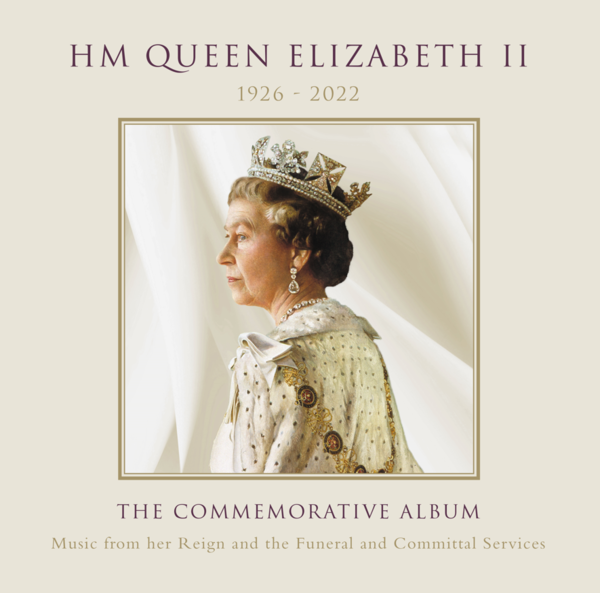 Disc One features music from key moments of the Queen’s life and reign: her wedding, coronation, and jubilees; hymns and anthems heard at annual national events, such as Remembrance Sunday and the Last Night of the Proms; melodies reflecting the close tie between the monarchy and the armed services; and finally, songs and tunes beloved by each country of the Union.

Disc Two features music heard during the Funeral and Committal Services of Her Majesty Queen Elizabeth II on 19 September 2022, as well as three pieces from the preceding Services of Reflection, held in Edinburgh, Belfast and Cardiff. Music for royal occasions, celebratory as well as sombre, reflect at its heart a life of dedication and service.

Featuring performances from a range of artists include King’s College Choir, Freddie De Tommaso, Sir Bryn Terfel, the BBC Concert Orchestra, Vera Lynn, The Military Wives Choir, the London Symphony Orchestra, The Sixteen, the Band of the Coldstream Guards, the Band of the Royal Marines, the Royal Philharmonic Orchestra and many more.

Two world premiere recordings are featured – a new setting of the ‘Pie Jesu’, to the melody of ‘Nimord’, from Elgar’s Enigma Variations, and ‘Who Shall Separate Us?’, a new anthem composed especially for the funeral of HM Queen Elizabeth.