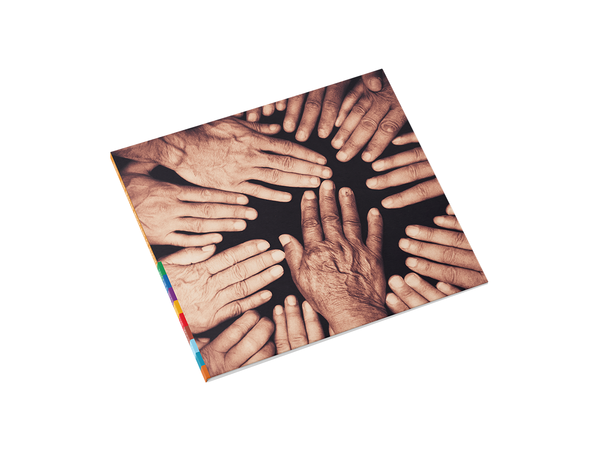 Jajouka Between the Mountains CD

The Master Musicians of Jajouka led by Bachir Attar

Myth and legend swirl around The Master Musicians of Jajouka, an all-male troupe of Sufi musicians from a village in the Rif Mountains of northern Morocco, and the custodians of a culture with roots in ancient Persia. Passed down through generations of the same family, the Attars, their trance music is as complex and melodic as it is spiritual and healing. Delivered on instruments including lira (flute), gaita (oboe), guimbri (bass lute) and drums beaten with hands and sticks, it is intensively practised and often played all night.

The Master Musicians had recorded with the Rolling Stones, been declared “the 4,000-year-old rock’n’roll band” by counterculture guru Timothy Leary and toured Europe for the first time in a decade when, in 1995, led by Bachir Attar, they pitched up at Real World during Recording Week. Captured live before a small rapt audience, this performance of three long-playing tracks bottles all the deeply felt passion of musicians in the moment, merging voices and instruments in ways guaranteed to transport. Each composition is distinct: ‘My God My Love Has Come’ favours strings. ‘The Real Long Night in Jajouka’ is heavy on flute. In ‘Boujeloudia’ the focus is on the oboe-like ghaita. But the fever builds and burns throughout.