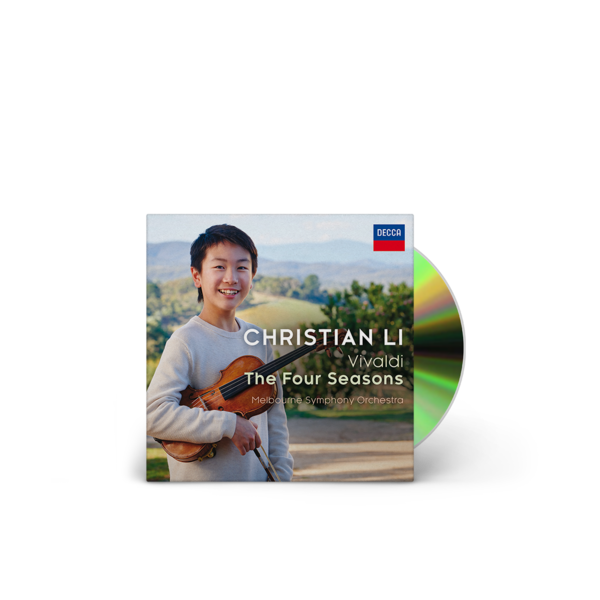 Set for international stardom with the release of his debut album, Christian Li is an extraordinary talent. His remarkably mature musicianship and approach to interpretation, combined with his innate musical passion, have established a promising future for this inspirational young musician.

At only 13 years old, the Australian-Chinese violinist becomes the youngest violinist ever to professionally record Vivaldi’s thrilling chamber work The Four Seasons, included on his new album of the same name, released on Decca Classics on 20th August. Christian’s debut – for which he play-directs an ensemble comprising members of the Melbourne Symphony Orchestra – marks the first recording of The Four Seasons on Decca in 17 years, following in the footsteps of label-mate Janine Jansen.

Born in Melbourne in 2007, Christian is an incredible role model for young people. He first picked up a violin at just five years old and came to international attention in 2018 when he became the youngest-ever winner of the Menuhin Competition, winning the joint Junior 1st Prize in Geneva, aged only ten – his performance of Vivaldi’s ‘Summer’ has since achieved 1.7 million views on YouTube.

Published in 1725, Vivaldi’s The Four Seasons is a special work for Christian, who says, “It’s dramatic, warm and poetic. I can use the music to tell the poems' storylines, and it was playing ‘Summer’ that I won the Menuhin Competition when I was ten, which I really didn't expect!”