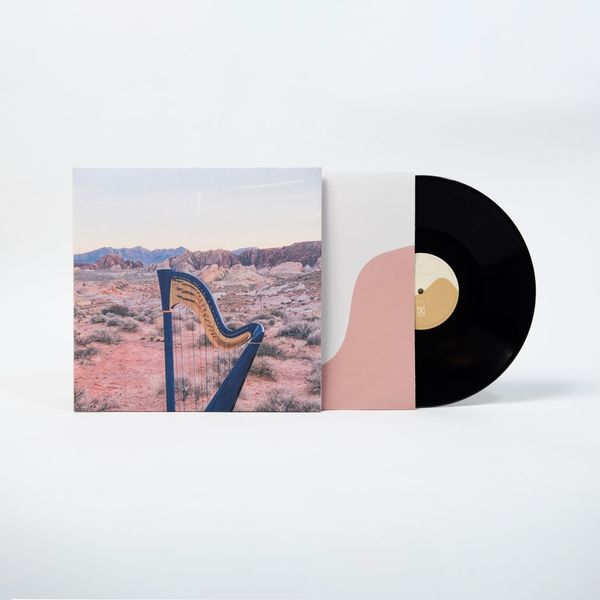 With ‘!’, Somogyi builds a new creative sound world – an atmosphere – based around the harp, its expressive capabilities and electronics. It is the result of a decade’s long dive into sonic exploration, which pushes the harp to its furthest potential. Here, we are introduced to a whole world of sound from a single instrument.

The LA-based musician and composer explains, “Every single sound you hear on the album comes directly from the harp. I wanted to express everything this instrument can do.”

For Lara, the release of ‘!’ revolves around further hyper-creative deviations from traditional harp techniques. Somogyi put blu-tack onto the strings. She used a bow. In one instance, a milk frother is used. There are deep layers of texture throughout, manipulating the harp into new frontiers. ‘!’ is like a journey. Moving from trance-like strings on album opener ‘ªåcceptances’, through to glitched-out patterns on a later track like ‘aviary’, ‘!’ bridges the gap between the electronic and classical worlds with ease and brings many of the senses into play.